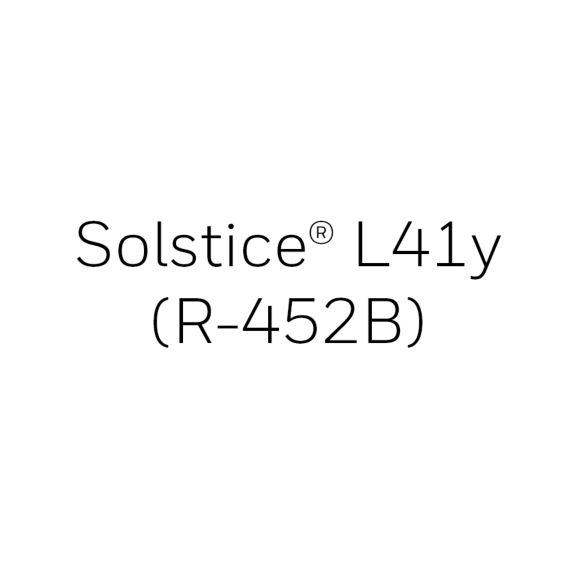 Solstice® L41y (R-452B) is a non-ozone depleting, zeotropic blend designed to serve as a low GWP alternative to R-410A in positive displacement comfort air cooling and reversible heating applications. A key feature of Solstice L41y is its 67 % lower GWP with similar efficiency and matching capacity to R-410A, helping to further minimize the redesign costs and capital expenditures. The design compatibility of Solstice L41y enables OEMs to transition their R-410A equipment to a lower GWP alternative faster. Solstice L41y discharge temperature is much lower than R-32 and very close to the R-410A indicating that discharge temperature mitigation may not be required. Solstice L41y has lower mass flow rate than R-410A, which leads to a lower pressure drop and eliminates potential design cost increase in the heat exchanger.
Specifications

OK
Your Session Is Expiring.

Due to inactivity you will be logged out in 000 seconds.

Honeywell International Inc. is committed to ensuring compliance with global laws that regulate its export and import activities. In following company procedures, it has been determined that is identified on a denied/restricted parties list that is applicable to this transaction.

As a result, Honeywell is unable to continue with this request.